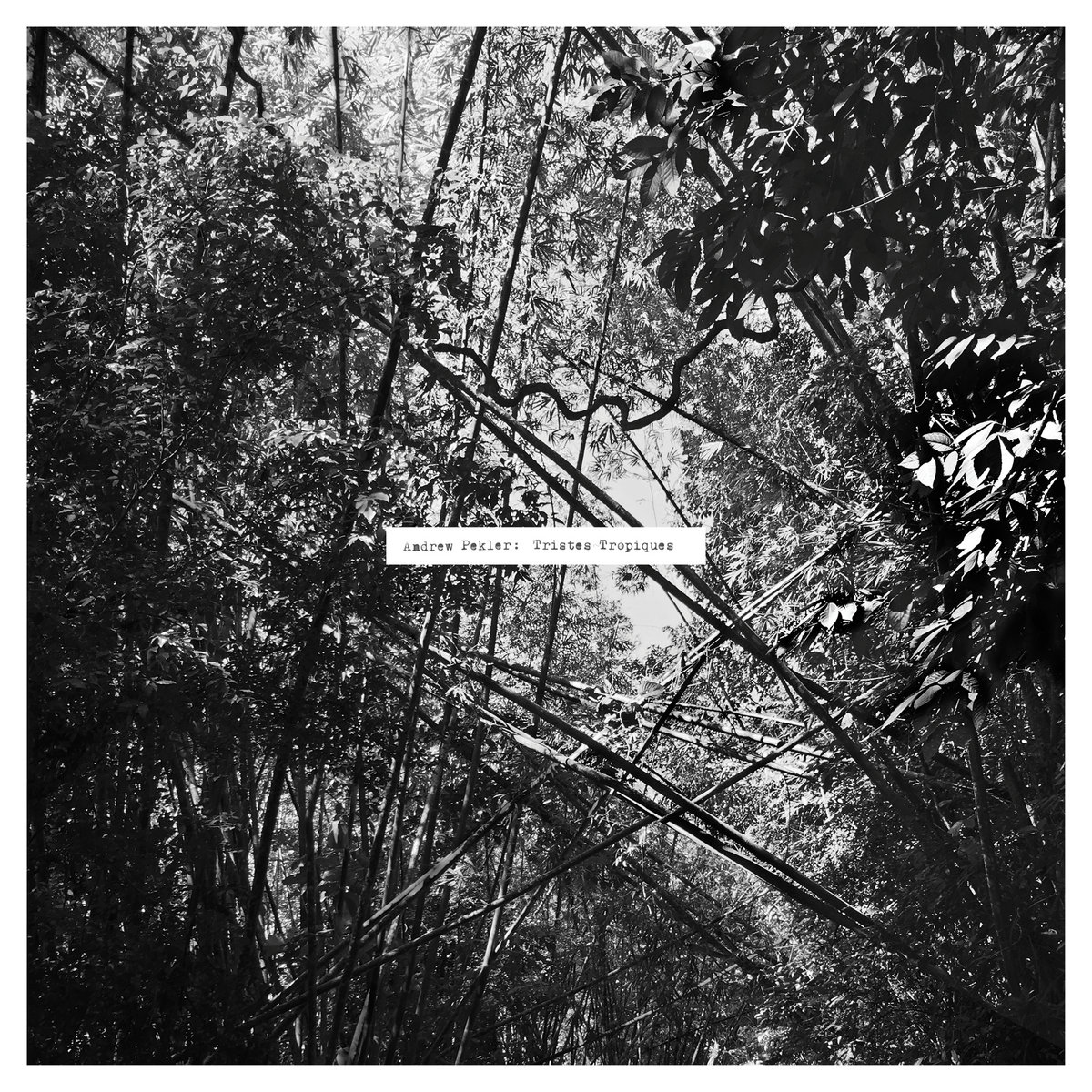 Jan Jelinek: You’ve titled your album Tristes Tropiques – a reference to Claude Lévi-Strauss’ famous account of his travels among native peoples in the Mato Grosso. If I remember correctly, the book can be read in two ways: as an ethnographic study of indigenous Brazilian tribes, and as a critique of anthropological methods. What exactly about Tristes Tropiques inspired you? The melancholy travelogue, or the formation of a new, critical school of thought?

Andrew Pekler: Both. Lévi-Strauss’ constant reflection on the purpose of his work and the often melancholy tone of his writing constitute an internal tension which runs throughout the whole book. Tristes Tropiques is many things; autobiography, traveler’s tale, ethnographic report, philosophical treatise, colonial history. But ultimately, it’s the author’s attempt to synthesize meaning from fragments of his own and other cultures that resonated most strongly with me – and led me to a new perspective on how I hear and make music.

JJ: Listening to Tristes Tropiques I noticed a certain oscillation between references, which is what I really like about it. Obviously, your music alludes to the beloved fairytale kitsch of exotica, but it also repeatedly shifts to a mode of ethno-poetic meditation music that seems to have no beginning or end. Where do you yourself locate the tracks gathered here?

AP: As a listener and as a musician, exotica music of the 1950s and 60s has always been a constant reference point and inspiration. And perhaps my listening has been ‘ruined’ by exotica, but as I have dug deeper into ethnographic archives of ‘traditional’ music, I’ve come to the realization that all recordings that evoke, allude to, or ostensibly document other musical forms have a similar effect on my imagination: I am most intrigued when I perceive some coincidentally familiar element within the foreign (a tuned percussion recital from Malawi that immediately brings to mind Steve Reichian minimalism, or the Burundian female vocal duet that sounds uncannily like a cut-up tape experiment, etc.). I suppose this album is an attempt to recreate the same kind of listening experience as what I’ve described, just with the electronic means that I have at hand. 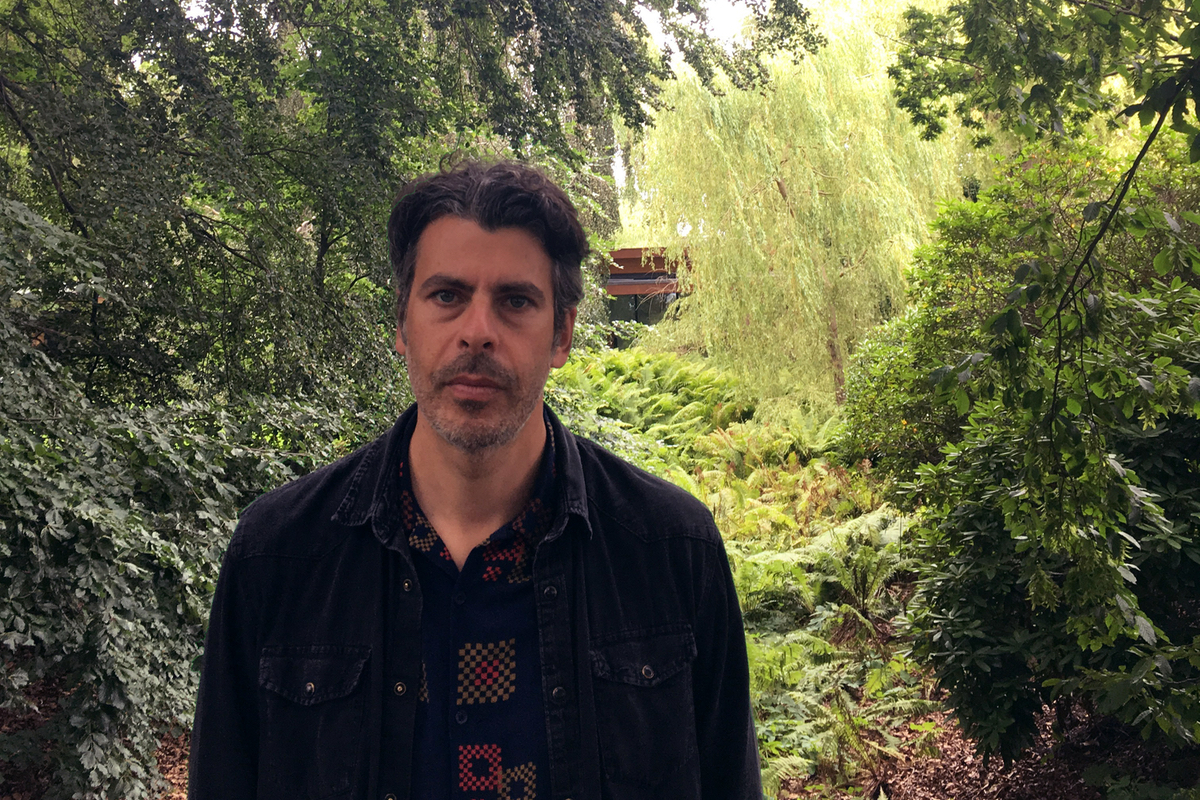 On earlier albums, Pekler delved into electronic evocations of half-remembered nocturnal jazz (Nocturnes, False Dawns And Breakdowns) and has pitted string instruments against mixing board feedback (Strings + Feedback). An entire album from short prefabricated descriptions (Cue), was followed by an electronic investigation of so-called easy listening music (Sentimental Favourites). With the album Tristes Tropiques, Pekler created an album of synthetic exotica, pseudo-ethnographic music and unreal field recordings. Most recently, Pekler has produced a series of works around the phenomenon of phantom islands – islands that were once found on nautical maps but have since disappeared. Beginning with the piece “Description of an Island” which premiered at the 2017 INA – GRM Présences Électronique festival, Pekler worked with cultural anthropologist Kiwi Stefanie Menrath to produce PhantomIslands – A SonicAtlas, an interactive online map that charts the sounds and histories of a number of phantom islands. The album Sounds From Phantom Islands is the most recent extension of the project.

Pekler has also produced a number of video and installation works – always in combination with sound. Installations have involved transforming an art gallery into a record shop in order to sell just one record with 300 different covers (Cover Versions) or preparing a grand piano with mobile telephones and allowing audiences to play the instrument by calling and triggering the phones’ vibration alarm (ThePrepaidPiano). In 2019, installation versions of PhantomIslands were shown at Galerie Weisser Elefant, Berlin and at A4 Arts Foundation, Cape Town, South Africa.

Andrew Pekler was born in 1973 in Samarkand, Uzbekistan. His family immigrated to the United States in 1980. He has resided in Germany since 1995.